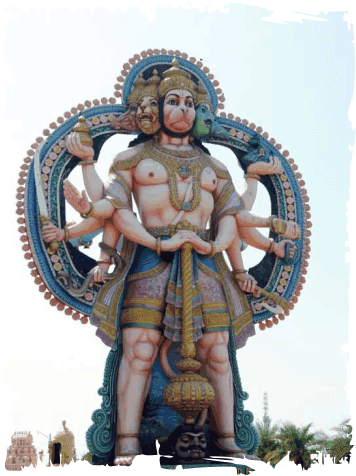 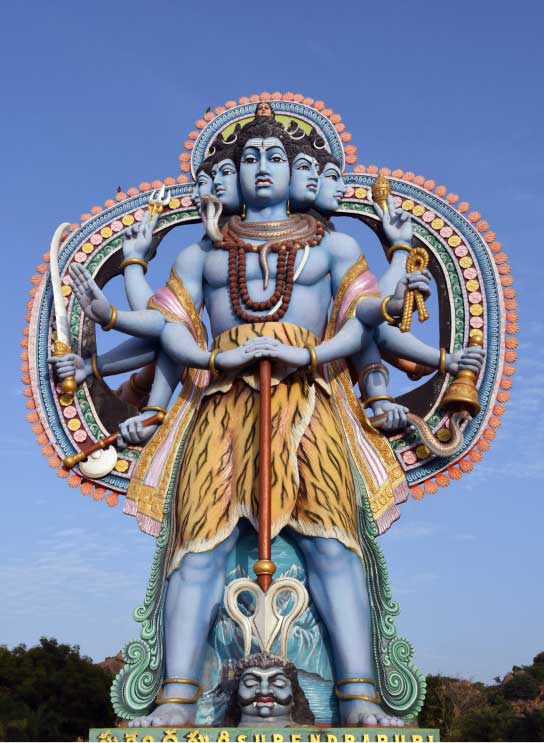 Everything about Surendrapuri is surreal and larger-than-life. Upon entering, you are greeted by two humongous statues of Panchamukha Shiva and Panchamukha Hanuman, both 60 feet tall.

Both stand back-to-back and form an imposing addition to the rural skyline. The Panchamukha Hanuman has five different faces: Vanara, Narasimha, Garuda, Varaha and Hayagreeva, and holds ten different weapons in his hands.

This is a protective avataar of Hanuman with an interesting story behind it. Hanuman manifested this avataar when Ram and Lakshman were kidnapped by Ravan’s brother Mahi Ravan and saved his masters by killing off five bees in which Mahi Ravan’s life was kept.

The Panchamukha Shiva statue, on the other hand, represents the Pancha bhootha and the Pancha tatwa. Shiva manifested this avataar in order to kill some demons and his five faces are Sadyojatha, Vama deva, Aghora, Tatpurusha and Eeshana. 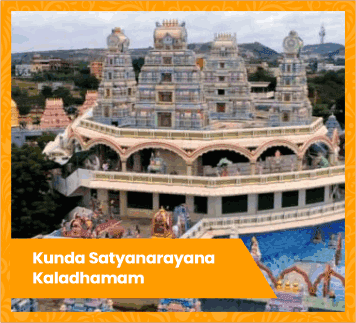 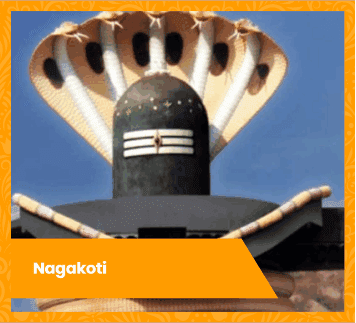 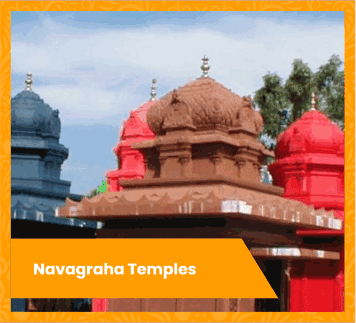 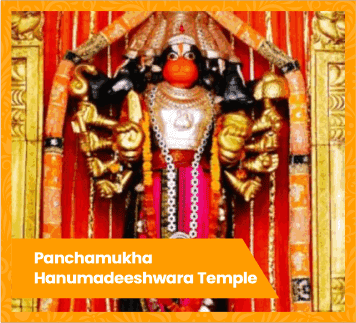